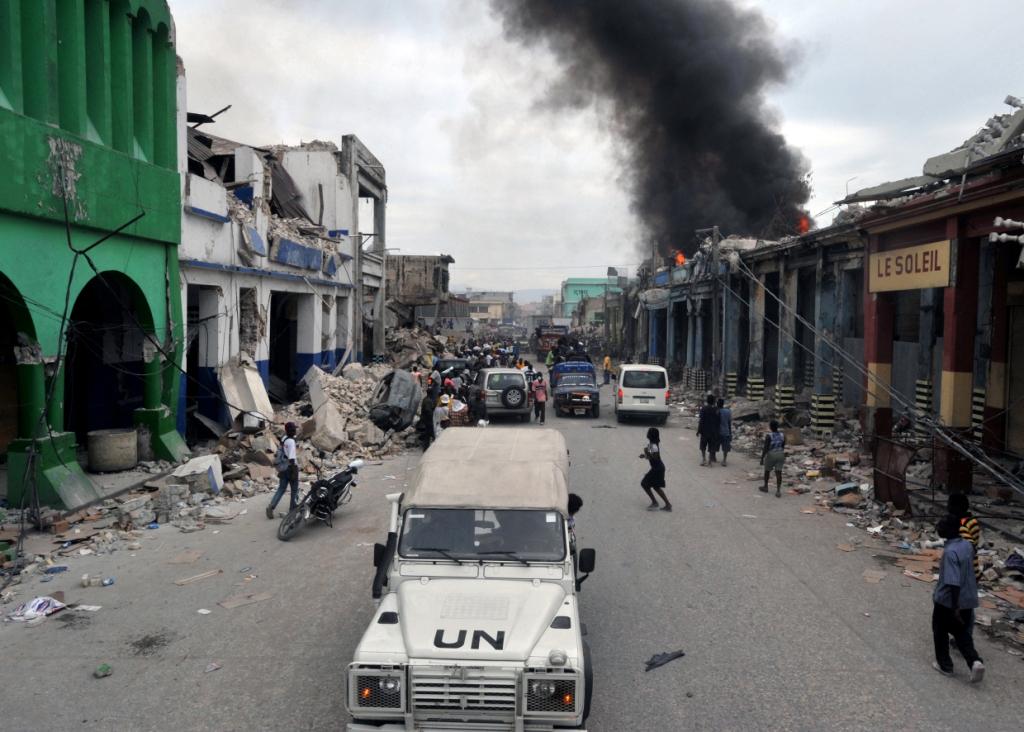 In the aftermath of the Haiti Earthquake, SharedGeo was called upon to provide automated spatial indexing services for hundreds of pre-processed Military Grid Reference System (MGRS)* enabled map tile PDFs.   These files were generated at the Center for Interdisciplinary Geospatial Information Technologies, Delta State University in Cleveland, Mississippi, and were continually updated during the recovery process, sometimes as often as four times a day.

These files were named via a standard method, derived from the MGRS.  This approach was used to index and geo-locate each of the PDF tiles to their respective location on the ground.   The tile location polygons were updated by writing a dynamic indexing script that kept track of new files as they were added to the repository for web publication and use in the field.  SharedGeo also took on the responsibility of keeping Open Geospatial Consortium (OGC) compliant Web Mapping Services (WMS) and Web Feature Services (WFS) in place thoroughout the recovery to ensure the associated maps were always available.

Consequently, emergency responders on the ground, as well as mapping system developers, were able to overlay this service onto their mapping interfaces so that their “view of the world” was automatically updated as new files were added.  Furthermore, the WMS and the WFS maintained and updated by SharedGeo were used in multiple online and desktop mapping engines that helped in the relief efforts after the earthquake.

*Inside the United States, a modified version of MGRS called U.S. National Grid (USNG) is being promoted as the Emergency Services Sector’s “emergency response language of location”.    Learn more.