Faced with the need to support security efforts involving multiple cities, counties, and levels of government for the 2008 Republican National Convention (RNC) in the Twin Cities Metro area, and with only limited access to Federal geospatial systems, members of the Emergency Preparedness Committee (EPC) of the Minnesota Governor’s Council on Geographic Information undertook development of their own Common Operating Picture (COP). 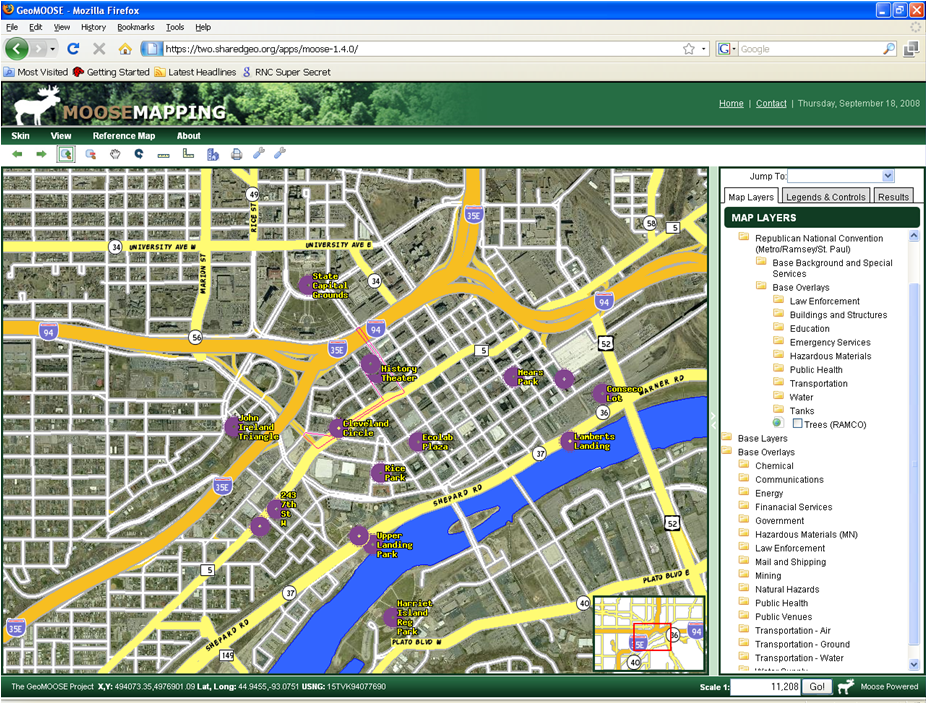 Built on an open source software platform called GeoMoose, the system was unique in its ability to display geospatial information as maintained and controlled by the original data providers.  This web-based product, produced by what would later become SharedGeo’s development team, was used by members of the EPC at the U.S. Secret Service Multi Agency Communication Center, Minnesota State Emergency Operations Center, and several metro-area county and city Emergency Operations Centers.  By the time the RNC took place, the system was hosting over 160 layers of visualization data provided by contributors ranging from Federal to local.  In support of this COP effort, the developmental team also installed and managed a Jabber protocol secure instant messaging system to interconnect the various users of the system.

After this RNC experience, SharedGeo was established as a Minnesota nonprofit in an effort to support collaborative projects and advance geospatial system design/implementations in a way that increases the exchange of information for the common good.