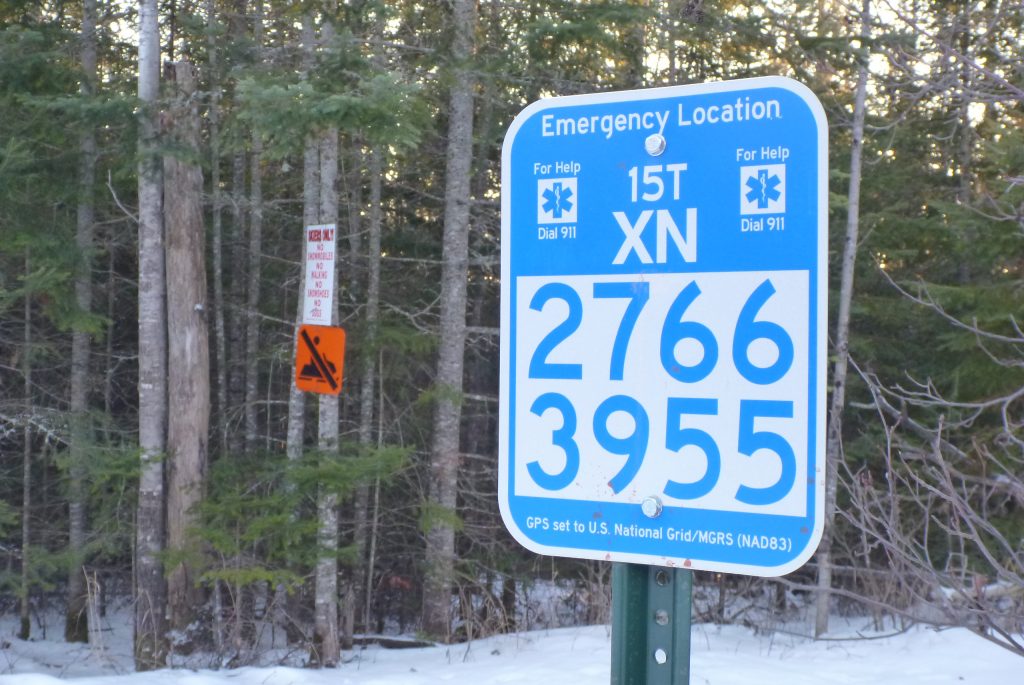 Purpose: Develop a nationally standardized emergency location marking system for use on trails and other locations where this type of system is needed for efficient and timely response by emergency personnel.

Beginning in 2010, SharedGeo became involved in research to determine the optimum way to create a marker for outdoor recreation trails and other rural scenarios where there is a need to report a location for an emergency response.  This effort was in response to two significant problems that plague virtually all existing approaches:

1.) Other markers of this type are jurisdictionally unique and consequently do not facilitate geolocation understanding if response resources need to coordinate across administrative borders such as during a Search and Rescue mission, and

2.) Current marker systems do not work with GPS.

Through SharedGeo’s efforts, it was determined that both these problems could be solved by using a sign design which conforms to various national and international standards while leveraging the U.S. National Grid (USNG) – the U.S. portion of the worldwide Military Grid Reference System (MGRS). The result of this effort is shown below.  Because this sign style provides for the report of an emergency location based on a GPS coordinate system (USNG), response efforts are significantly improved.  In some cases, response times have been cut by as much as 90% as additional communities outside of the initial pilot area have adopted the system. 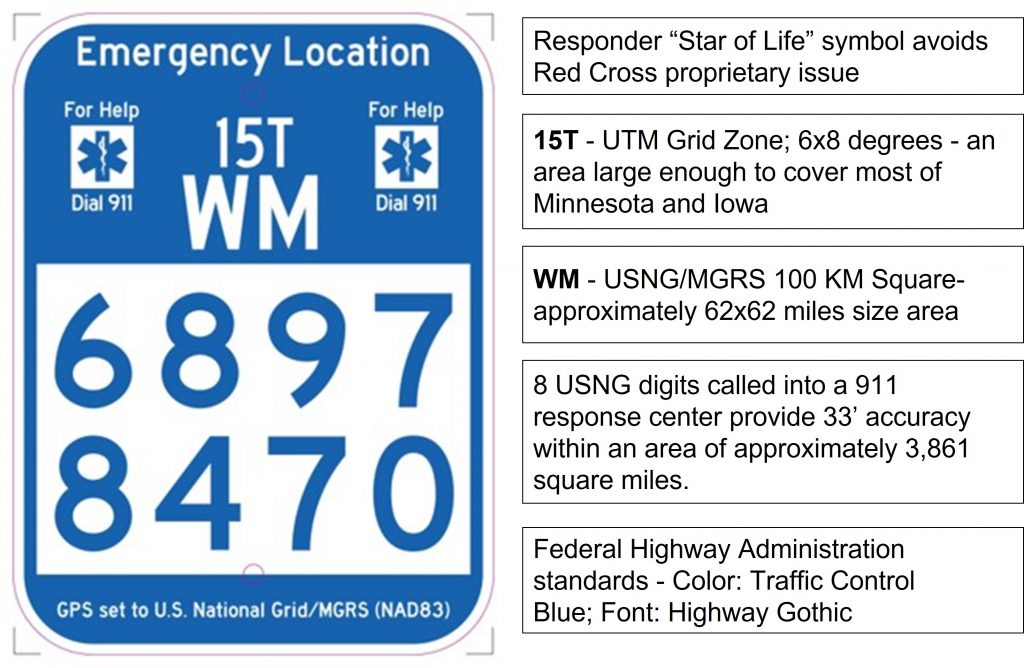 Work on this project originally commenced as a collaborative effort between the MGAC Emergency Preparedness Committee and SharedGeo.  A Local Operational Research Program (OPERA) grant from the Center for Transportation Studies, University of Minnesota to the City of St. Paul helped fund initial marker field trials.  The pilot project area was in Lake County, Minnesota.

Emergency Location Markers (ELMs), along with training for call centers, responders, and the public are now in place in a growing number of areas in the Minnesota Arrowhead region, as well as several municipalities in the Twin Cities metro.  Nationally, installs can now be found in nine states, the Atlanta metro and at one of the nation’s busiest parks – Kennesaw Mountain National Battlefield Park.  In addition, the NASA Science Board selected ELMs for install on the Cape Kennedy Space Center, and North America’s largest cross country ski race, the American Birkebeiner, is installing ELMs on its course in Northern Wisconsin.

Educational and technical support items for this project such as brochures, are available at both the USNG Center, and “ELM Information” section of the USNG Store. ELMs may be purchased using a government purchase order or contractual agreement with SharedGeo or approved vendor. Sample and personal orders may be made at USNG Store.  (USNG Store is currently undergoing a complete rebuild with an expected completion date of mid-summer 2022.)

If you would like to learn more about the ELM system, the video below provides information on ELM history, design philosophy, product development and how to plan an installation.